Over 730 days ago, college coaches sat and watched the 2019 Rosetta Canyon Jamboree which turned out to be the greatest single softball recruiting day for sure.

Last Friday on July 11th, we had an equally great day at the 2021 Rosetta Canyon Jamboree when we all emerged from a year of isolation and got together once again.

When Tyler Bratton from Mississippi State walked in at 8:30 AM followed closely by Piper Ritter from Minnesota and Lisa Fernandez from UCLA, we all knew it was going to be a special day. And sure enough we had a great turnout of college coaches. They watched a special group of players who had not had a D1 coach watch them play since November 2019.

The group of pitchers led off the day hitting and it turned out to be one of the best group of hitting pitchers that we could remember. They followed that up with an outstanding performance in their bullpen work with 17 of them throwing 60+ mph. They were led by two outstanding 2024s – Emma Blea and Delaney Everett. Emma topped out at 67 mph and Delaney hit 66 mph.

The pitchers were followed by an excellent group of catchers. 2022 athlete Riley Valentine from Phoenix had a great hitting session and a pop time of 1.63. 2023 Karolyn Glover showed how much a player can mature over 2 years of hard work. She went from a gap hitter to a bomber and continued to display an excellent skill set behind the plate. As a group, the catchers did a very good job offensively while also showing a real ability to control the bases.

The position players were equally adept in their skill sets offensively and defensively. There were so many solid hitters, and a great number who really stood out – 2022s Abigale Dayton, Taci Haase, Robyn Balmadiano, Jamie Hicks, Claire Xavier, Mikala Huskey, Taegan Smith, Jaelin Haynes, Paige Sterling, and Morgan Knight. For the 2023s, 2024s, 2025s, and 2026s, there were many more. However, we want to mention two very special outfielders who hit well and showed a sophistication in the outfield that we rarely see. 2023s Ayanna Shaw and Kate Verhoef are both high level prospects. They track the ball exceedingly well and effortlessly cover in the gaps. It was exciting to see them cover and run down fly balls in the gap. Several college coaches sitting in the stands commented on how rarely they get to see such excellent outfield play at the younger levels.

Thanks to everyone who made this day possible. The last year has been exceedingly difficult for so many, and we are excited to get on with a new year. The next stop is in Colorado for our annual Sunday and Monday Jamborees on June 27th and 28th. We are looking forward to two more great days.

Click below to view ODM numbers by tank top number. These numbers have also been uploaded to your player profile. 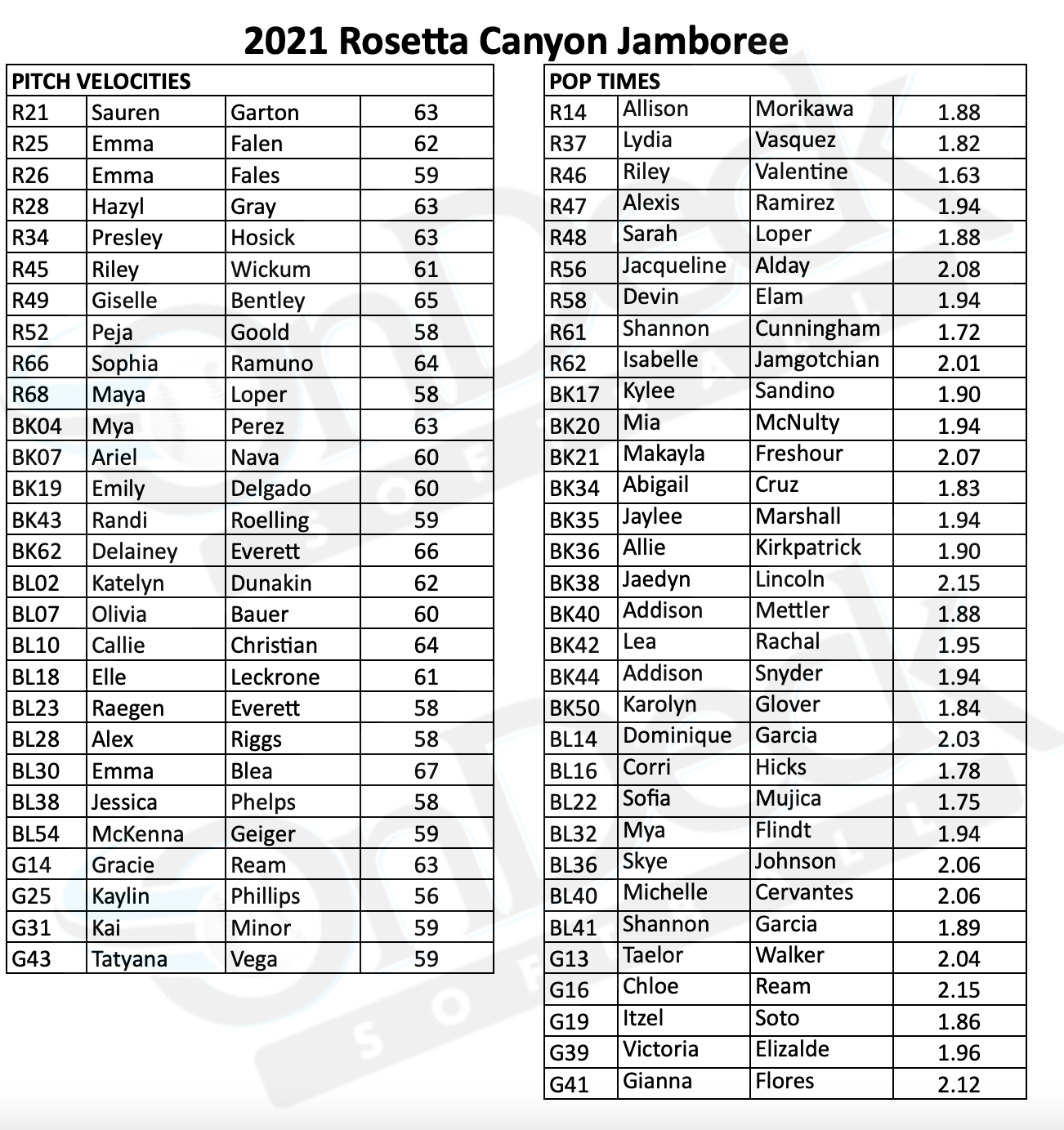 Coaches with an active membership can sign in to view additional event information.

NOT A MEMBER OF ONDECK SOFTBALL?

LATEST FROM THE BLOG

The News We’ve Been Waiting To Hear!